San Donato in Poggio sits in the heart of the Chianti hills, surrounded by vineyards and olive groves.
A small, perfectly preserved medieval town, San Donato in Poggio is typical of many of the towns in the area. Since ancient times, its strategic location made it a center of military and economic importance. Within its city walls, treaties of peace and war were agreed between the ancient republics of Siena and Florence.
The tight alleyways conjure up images of times gone by, culminating in the main town buildings. The 13th-century city walls – barely touched by the passing of time – enclose the ancient city center, which is accessed from the north by Porta Fiorentina and from the south by Porta Senese. Piazza Malaspina is home to Palazzo Malaspina, the historic residence of the Marchesi Malaspina during the 18th century – hence the name of the building. Legend has it that Saint Thomas Aquinas stayed at the Gothic-style Santa Maria della Neve church, while the Pieve di San Donato – a church in the Romanesque-Tuscan style built in 989 – features a baptismal font in terracotta with famous glazings by Giovanni della Robbia, dating back to the 16th century.
Nowadays, the town has 700 inhabitants and offers a wide array of services (bars, restaurants, grocery stores, supermarket, pharmacy, ATM) for occasional visitors and guests of the holiday farmhouse, who can walk to the town in just a few minutes. 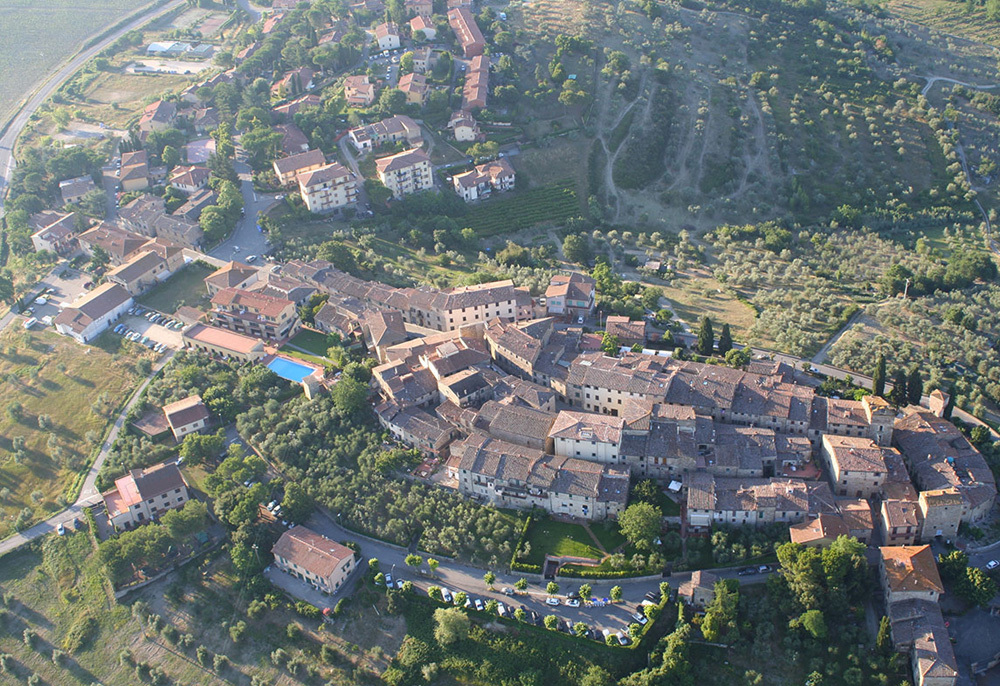